The 5 best free things to do in Paris

The city of love, Paris is famous for many things, but sadly, being cheap isn’t one of them.
However, that’s not to say exploring Paris on a budget isn’t possible and these 5 best free things to see in Paris are designed to show you exactly that!
From Notre-Dame to Sacré Coeur, Jardin du Luxembourg to the Latin Quarter, here’s how to see Paris top attractions on a tight budget.

Surely one of Paris’ most recognisable icons, the cathedral of Notre-Dame takes some beating when it comes exploring the city’s historic side.
Snapping photos of this grand Gothic church from the square outside is a pleasure in itself, but if you’ve got the time, then heading into the Cathedral is well worth it too.
With some of the most intricate stained glass windows you’re likely to see, its infamous peering gargoyles and a fascinating history, there’s no question this fabulous building is one the best free things to do in Paris. 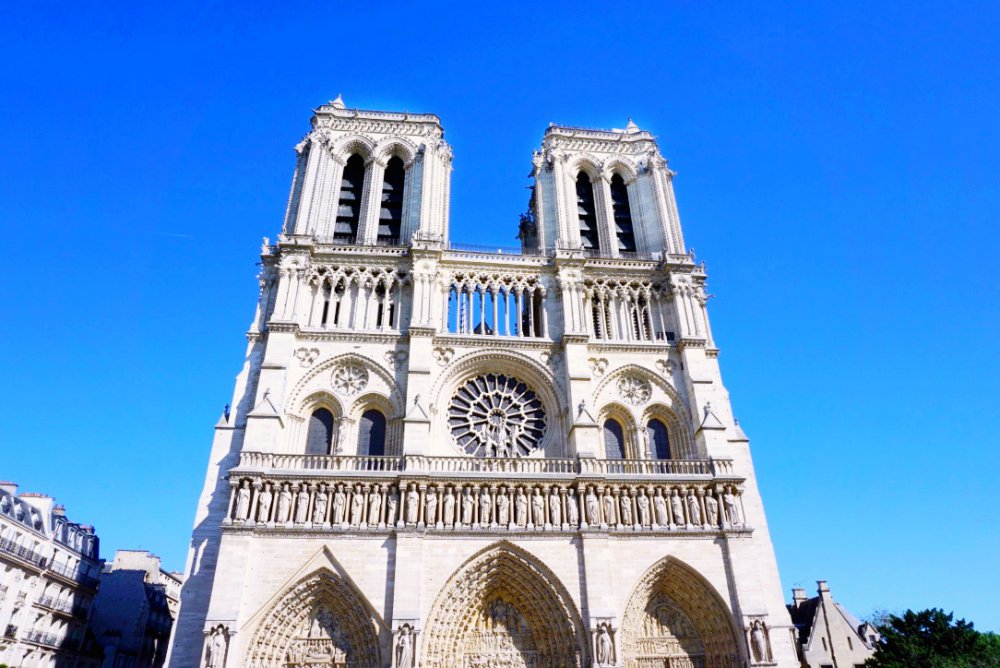 Wander in the Latin Quarter

Famous for its University – La Sorbonne – the historic streets of Paris’ Latin Quarter have long been filled with writers, philosophers, artists and students.
The cobbled lanes here are ideal for getting lost in and discovering hidden gems including quirky bars, tiny shops and delightful cafes.
Top of the list is Rues Mouffetard, which feels like something out of a film set. The nearby Saint-Germain-des-Près area is also a delightful place to explore.

It’s amazing just how green Paris is with tons of beautiful gardens and parks to choose from.
Perhaps most dazzling however is the Jardin du Luxembourg, located in the 6th arrondissement.
Strolling around here for an hour or so is the perfect way to escape the chaos of the city, or else why not relax in one of the many free wrought-iron chairs with a  good book.
You can also watch locals play pétanque and chess here, as well as admire the grand façade of the Palais du Luxembourg.

Window Shop Along the Champs-Élysées

Right in the centre of Paris, the Champs-Élysées is probably the city’s most famous street.
Even if you can’t afford to buy anything, admiring the shop windows here, as well as the nearby gardens, is definitely one of the best free things to do in Paris.
And of course, snapping the view of the Arc de Triomphe at the end of the street, is one Paris photograph you can’t miss!
So there you have it, the 5 best free things to see in Paris. Despite not costing you a cent, they still show this city at its best! 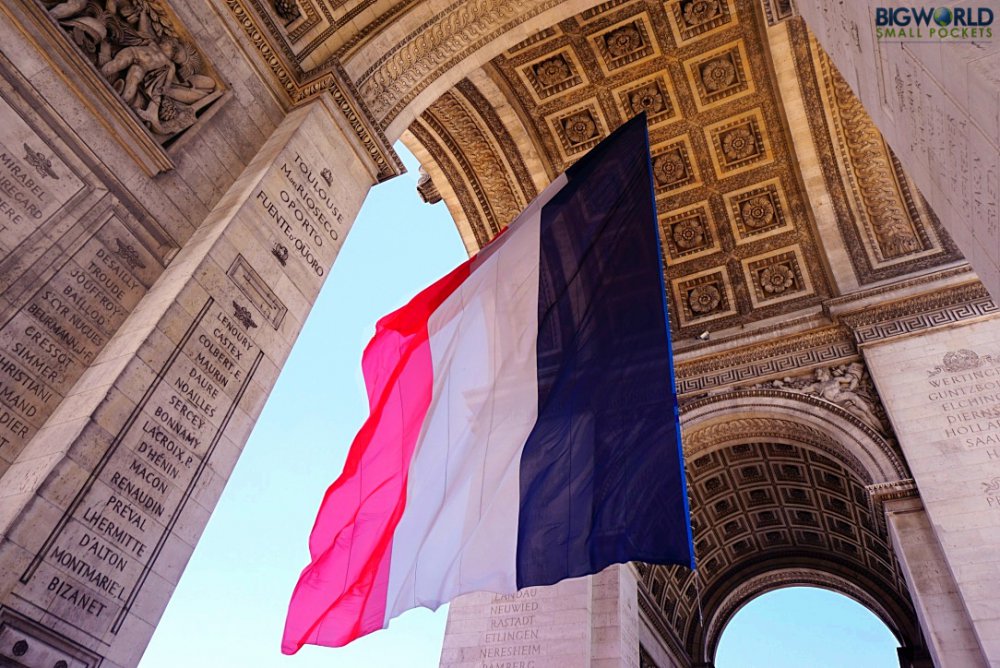 Walk up to Sacré Coeur

Situated in the Montmartre district of Paris, Sacré Coeur sits at the top of Paris’ tallest hill.
Built in 1919 and free to enter, heading inside Sacré Coeur is a must, particularly to see the largest mosaic in France, which makes up part of the huge ceiling.
Admiring the panoramic view of Paris from outside the church’s great doors is also a must, as is strolling the nearby Place du Tertre.

Stephanie Parker is a travel addict and creator of the budget travel blog Big World Small Pockets. Never one for staying still, she’s always had to travel cheap to maintain her nomadic lifestyle. Originally from the UK, Stephanie likes nothing more than backpacking the world on a shoestring collecting stories she shares with a smile.

Our charming hostel in the 15th arrondissement of Paris: The 3 Ducks Boutique Hostel & Bar is housed in a former 18th century coaching inn considered to be a historical monument.