My 16-year-old daughter and I were on our way back to the states from a trip to London and we had a couple of days to spare. I really couldn’t resist making a stop-over in Paris for two days. I had never set foot in the capital before. I was a bit daunted by the idea of visiting Paris in two days. Would such a short visit be worth it? But I didn’t have more time and I wouldn’t be getting a chance to come back to Europe anytime soon. In hindsight, I’d definitely do it again, although for a longer stay this time.

As we were coming into Gare du Nord on the Eurostar and catching a plane back home from Charles de Gaulle the most logical thing to do was to stay somewhere in the close vicinity. I chose the nearby Montmartre, Sacré Coeur neighborhood. We stayed at the Regent, a hotel that I would recommend, especially because they’ve recently undergone remolding in a cozy/trendy style. It was the perfect home-base.

The Regent Hotel is near the metro station Anvers which is on the Line 2 direct to the Arc de Triomphe Charles Gaulle Etoile (20 min.). We bought a Paris pass for two days which allowed us to travel on the metro and the funicular. The Arc opens at 10am which was just right for us and gave us some time to take some great photos before going up. The view of the Champs Elysées was our first sight of the day and got things off to a glamorous start. 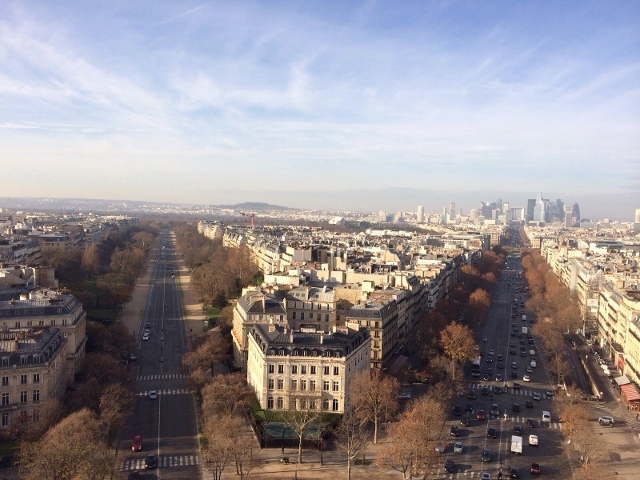 From the Arc de Triomphe it is a direct metro line to the Eiffel Tower (line 6, Bir Hakim). We were delightfully surprised, even my cool teenager enjoyed her visit to “dame de fer”, ”the iron lady”, as the Parisians fondly call it. I was struck by what a graceful feat of architecture it really must have been in 1889 when it was built. We did not go up. We really liked going through the gardens, though, and seeing the old- fashioned merry-go-round. We crossed the bridge pont de l’Iena and walked up the steps to Trocadero and had a very postcard perfect photo of us in front of the Eiffel Tower. 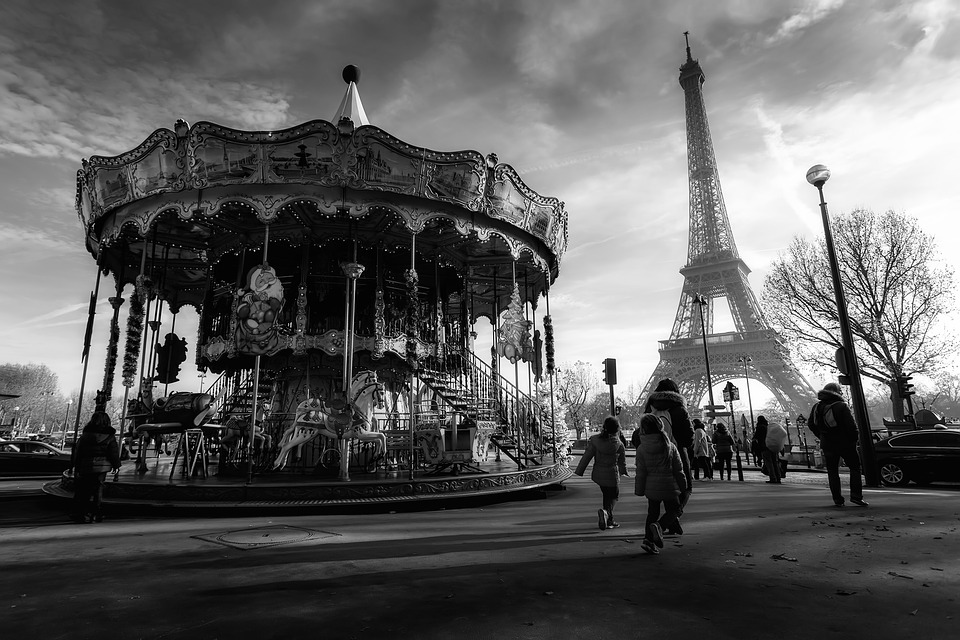 Onward to place de la Concorde, which was on the metro line 6 a beautiful esplanade with fountains and views of the city in all directions. This was just one of the places where I felt the weight of history which you don’t ever really get in the US. It’s fascinating that this was the place where the revolutionaries beheaded Marie Antoinette and were later beheaded themselves! Despite its gory history, it’s very elegant.

We then crossed over to the Jardin des Tuileries and walked to place Vendome, where we admired all that glitters from afar, the Opera house was so close and we couldn’t resist looking at it from the outside, both of us agreeing that on a next visit we would visit the interior as well. From the metro Opera, we took the 7 line changing back onto the 1 line to metro St Paul. We had a falafel on rue de Rosiers at the As de Falafel in the Marais. From the Metro St Paul we changed once and got off at Saint Michel from number 4 line which brought us to our next destination ; Notre Dame. We stood on line to go inside, which was worth the wait ; it was magnificent. 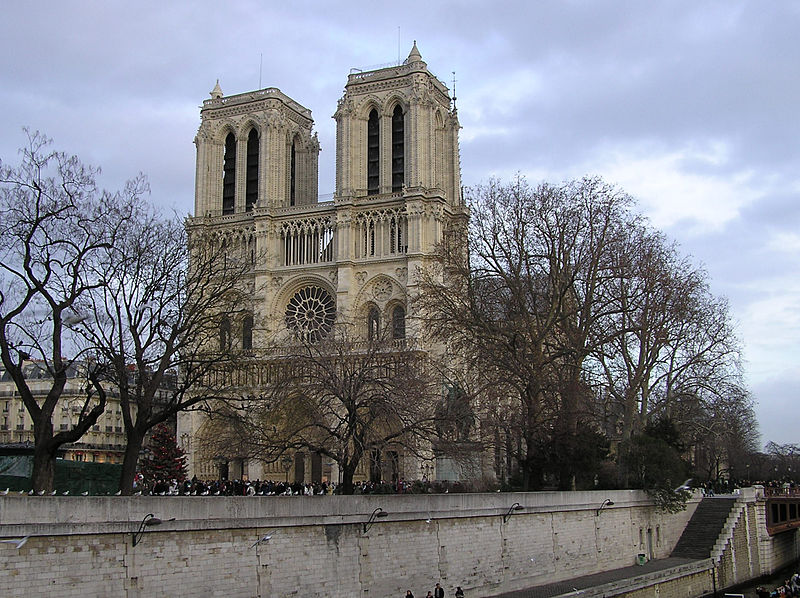 From Notre Dame, it was a short direct trip to Alma Marceau, where we boarded a Bateau Mouche. The boat cruise was a nice, relaxing way to see a lot of the city.  By the time we got there, it was near sunset, so that on our way back we saw the city all lit up.

The metro number 2 line brought us back to the neighborhood of our hotel.  We got at metro Anvers and took the funicular up the hill to Montmartre for a splendid view of the city. The portrait artists were closing up but the neighborhood is very picturesque and lively at night. We had a crepe (or two) and admired the view from the of Paris at night from the top of the “butte” which is splendid.  We really enjoyed the neighborhood of Abbesse and Sacre Coeur. We weren’t very hungry but we warmed up with a hot chocolate in a café on the corner behind the Regent. 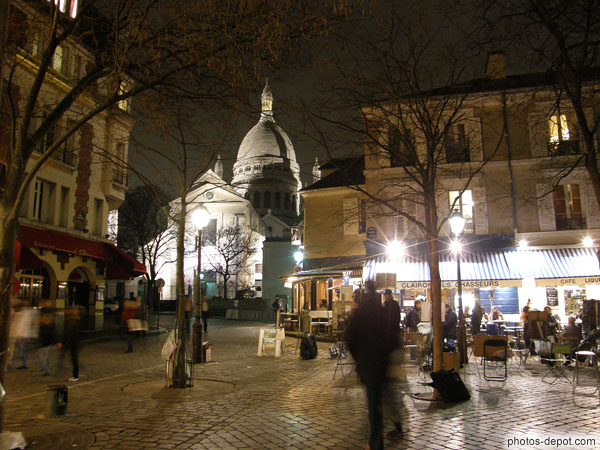 The next morning after breakfast in the hotel, we went straight to the Louvre (don’t forget that the Louvre is closed Tuesdays). I bought our tickets in advance so that we could in as quickly as possible.  We went to the Mona Lisa first off and didn’t stop to look at anything on the way so that we got there before the  the crowds. I had a list of things I wanted to see, that I had checked up on the web site the night before, but I didn’t know how long my teenager’s attention would last. We actually saw a lot and enjoyed our 2 ½ hour visit. 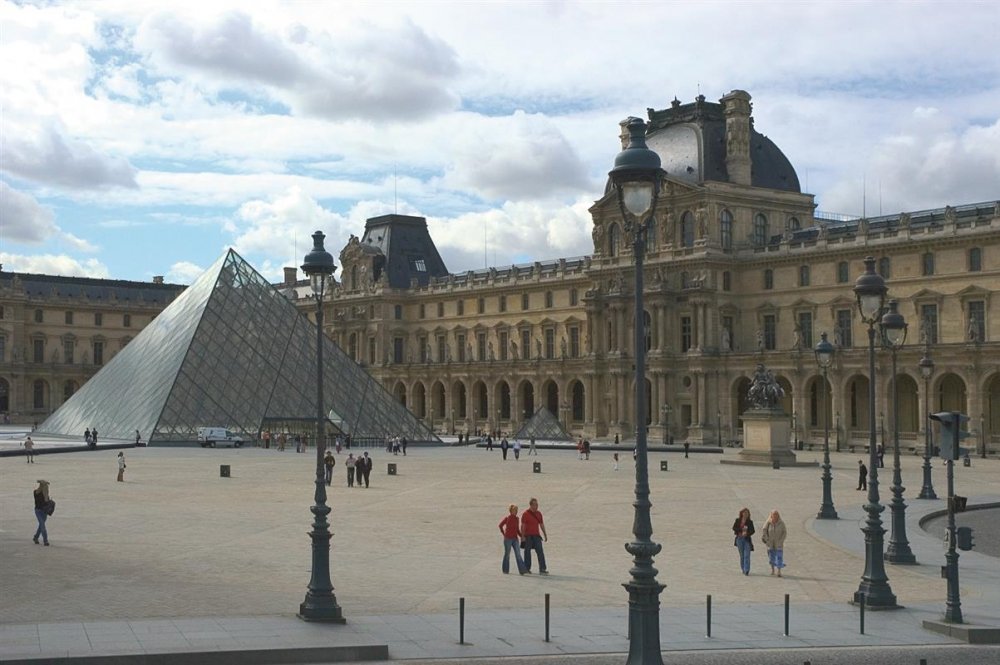 After lunch in café Marly. We crossed the romantic pont des arts, and walked along the Seine to the Invalids. My daughter wasn’t so interested in going in but I saw they have very interesting, if warlike, exhibits. We took in the dramatic pont d’Alexandre. We then walked up St Germain to Odeon and enjoyed the Latin quarter, had coffee, croissants at the café Deux Magots and tried to imagine how Hemmingway felt as he stared out the same windows as we did from one of tables of his old haunt. 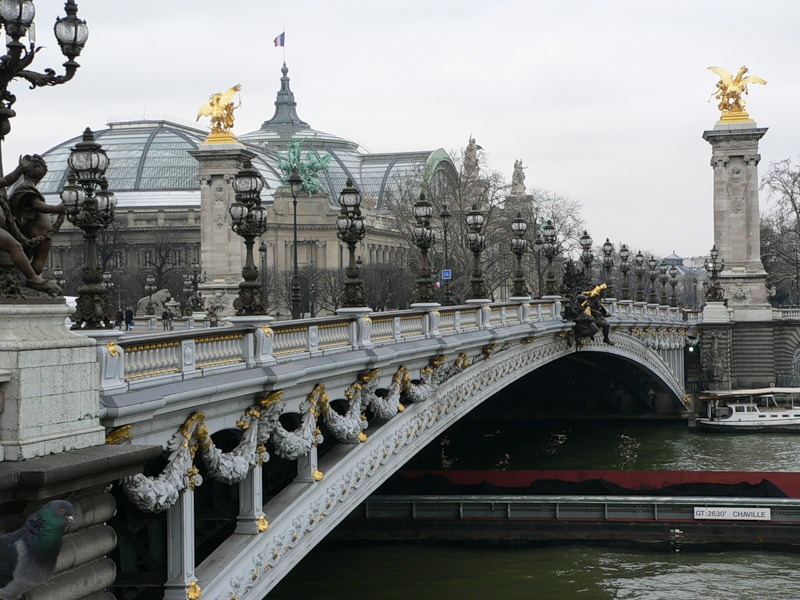 But the sun also sets and it was time for us to say farewell to Paris for this time. It was a good thing that our hotel was on a direct metro line from where we were because it was a quick trip back up to Gare du Nord where we picked up our bags before heading out to Charles de Gaulle airport. My daughter said that she felt like it had been longer than 2 days for all that we’d seen. But we weren’t exhausted, or toured-out either. We both felt like we had had a nice introduction to Paris which would give us plenty to write home about.